Yesterday I found out that a new version of Ubuntu was released. Unfortunatelly I’m always excited in all the latest products and want to test them as fast as possible. That’s why I started to google for the safest and quickest possible way to upgrade.

I don’t know if you knew that but by default in Ubuntu only upgrades to “Long term” releases are performed. If you want to upgrade from 8.04 TLS into 8.10 you have to switch to “Normal releases” in Software Sources dialog.

If you need more details about this topic you can find it on the following web page: http://www.ubuntu.com/getubuntu/upgrading

Ok, but what I’ve written so far is not related to my impressions, so here I start:

My Update Manager had to work really hard and upgrade more then 1300 packages. All in all it took me about 1:20 h for downloading all of the files (on 2Mb/s connection) and then additional 30-40 minutes for unpackaging and setting them up. Unfortunately I started very late in the evening because I didn’t expect that it would take such a long time. Finally I ended up at 2:30 A.M.

Although the installation took me some time, I didn’t have much problems with that. But when I restarted the computer the series of strange things started to happen.

First of all the system initialized for more than 5 minutes. In the beginning I thought that it just hanged. But then it came out that the problem was related to ALSA demon which did not respond for the certain amount of time. After a given timeout it was killed by the system. That caused another problem which resulted in no support for sound.

I managed to solve the startup problem temporarily by blocking ALSA daemon. But what’s obvious it didn’t help with the sound:( I guess that the new kernel that was installed in the system might cause some conflict with the sound card or sth.

Another problem, that I faced, was related to Compuz Fusion and NVidia drivers. Fortunately all these eye-catching effects work, but sometimes I observe a strange behavior of my window title which blinks and disappear without any reason. This can be seen on pictures below (look at the right top of windows): 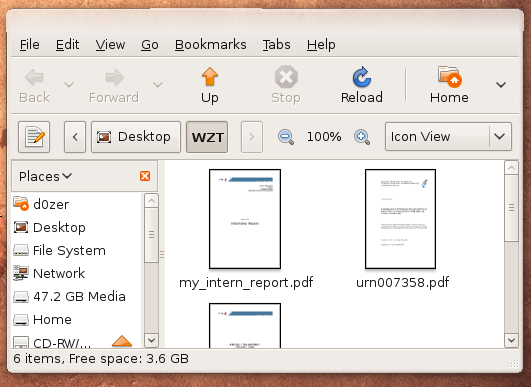 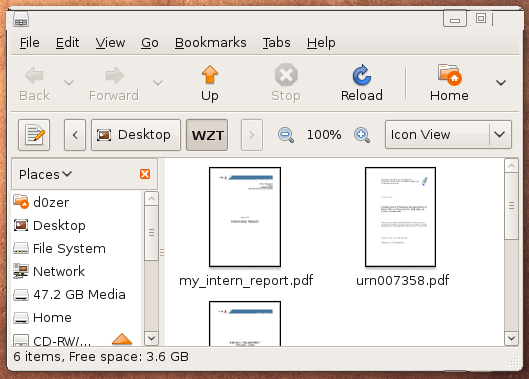 I can easily reproduce that strange behavior when the window is deactivated (should be transparent) and then activated by moving mouse cursor over the maximize button.

Another problem was related to Firefox. My Adobe Flash plugin stopped working. Firefox claimed that it was not installed, but when I wanted to do that it complained that it’s already installed:) Strange. I had to fix it by removing the plugin manually using apt-get and then reinstalling it back using Firefox.

To sum up my first impressions with new Ubuntu 8.10.

I must admit that at a first glance it’s hard to see any outstanding and innovative modifications in GUI. In my opinion that should at least influence system stability and reliability. Unfortunately even in this matter I’m not fully satisfied. Maybe my requirements are too high?? Thanks to previous releases of Ubuntu I got used to Linux which works perfectly just out of the box. For me in 8.10 this most crucial rule was violated:(((